Produced for centuries, the iconic DOCG prosecco is a staple on our tables. Whether you are familiar with the name Conegliano Valdobbiadene Prosecco Superiore DOCG or not, this gourmet quality sparkling wine can claim to have a history and to be crafted by goldsmiths in the field. An appellation to discover without fail. 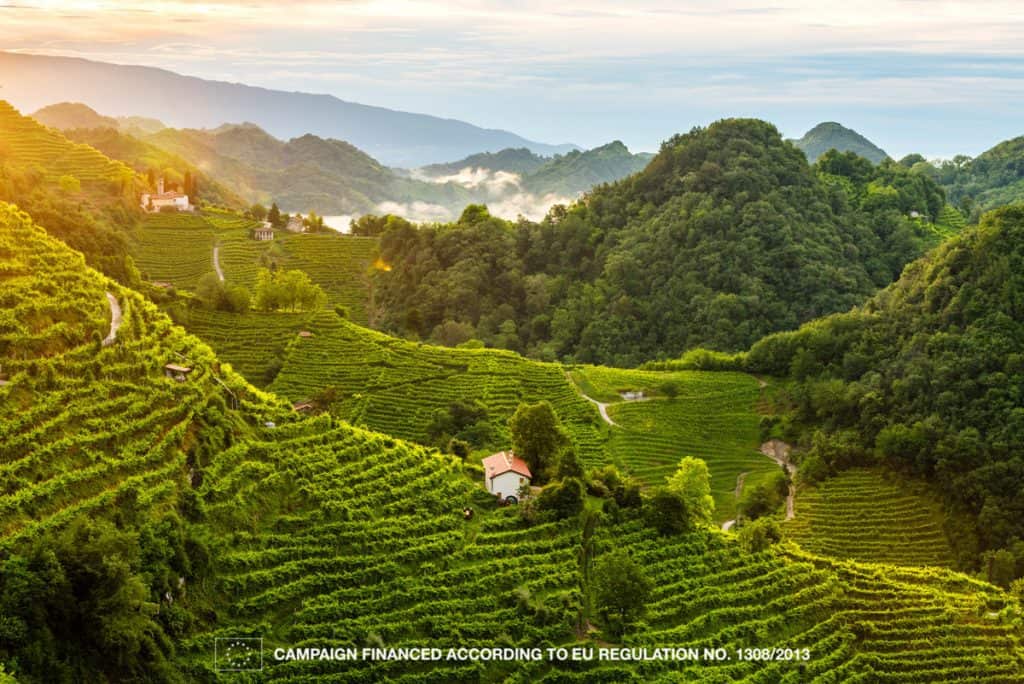 The area occupied by Conegliano Valdobbiadene is located 50 kilometers from beautiful Venice and 100 kilometers from the Dolomites. This so typical area is characterized by a peculiar geomorphological conformation known as the « hog’s back », a series of steep and rugged slopes extending in an east-west direction and interspersed with small parallel valleys.

A rather hostile landscape for the cultivation of vines, but to which the winegrowers have learned to adapt over time. It is moreover with this concern for adaptation that the “ciglione” was designed, a system of terraces devoid of stones and provided with a grassy ground which facilitates the reinforcement of the slopes and which, moreover, reduces the soil erosion. 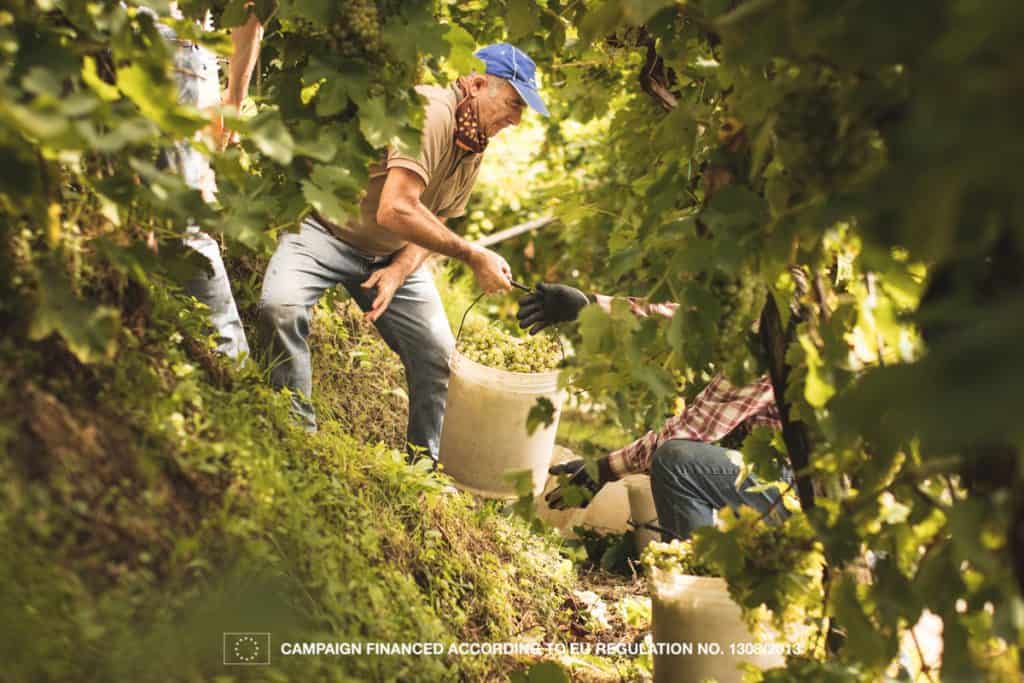 Thousands of small wine producers in the region have thus favored the creation of a multifaceted agricultural landscape both in form and in composition. This is the famous patchwork that made the reputation of Prosecco Superiore DOCG.

It was in 2019 that the Prosecco hills of Conegliano Valdobbiadene received the supreme distinction of UNESCO World Heritage thanks to their unique landscape and ancient culture. 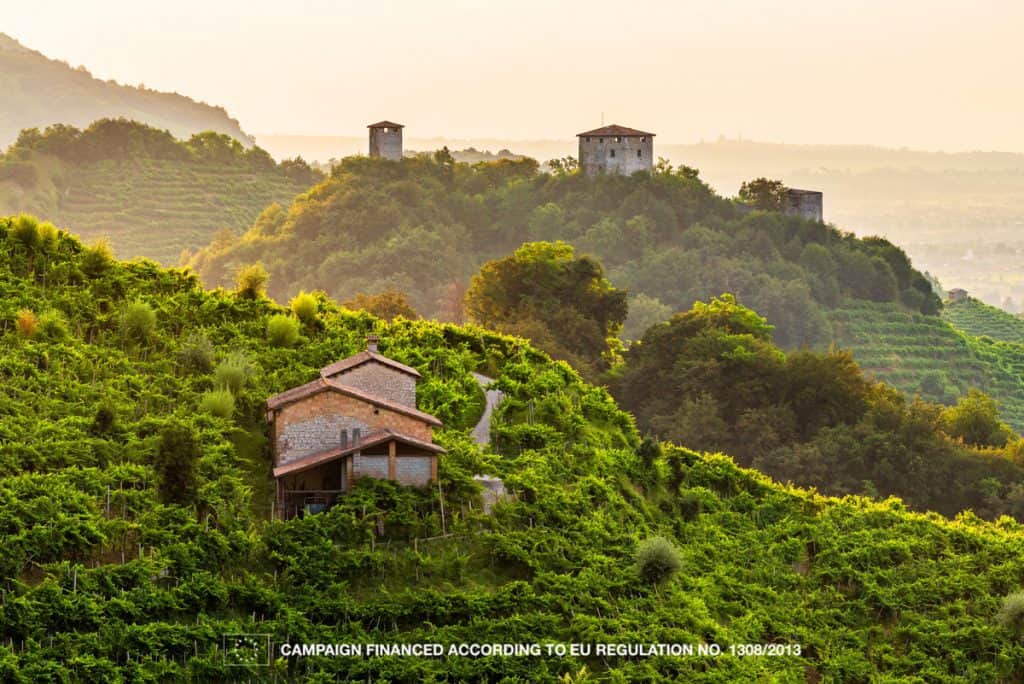 The sparkling wine is made according to the Martinotti method, perfected by the School of Winemaking in Conegliano, thanks to the use of large pressure tanks called autoclaves, in which the base wine is introduced with the sugar and yeasts. This is the most effective method of preserving the typical aromas of the grape varieties used.

Through this production process, during refermentation, the yeasts use the sugar to produce carbon dioxide, resulting in the silky bubbles that are typical of Conegliano Valdobbiadene Prosecco Superiore DOCG.

As a rule, Prosecco Superiore DOCG must contain a minimum of 85% of the Glera grape.

For the controlled and guaranteed designation of origin (DOCG) Conegliano Valdobbiadene, local grape varieties can be added such as Verdiso (for its more mineral and saline side), Bianchetta Trevigiana (to add a little mellow), Perera (for favor its fruity scent) or Glera Lunga. Sometimes the winemaker will choose to add a maximum of 15% Pinot Blanc, Pinot Gris, Pinot Noir or Chardonnay. 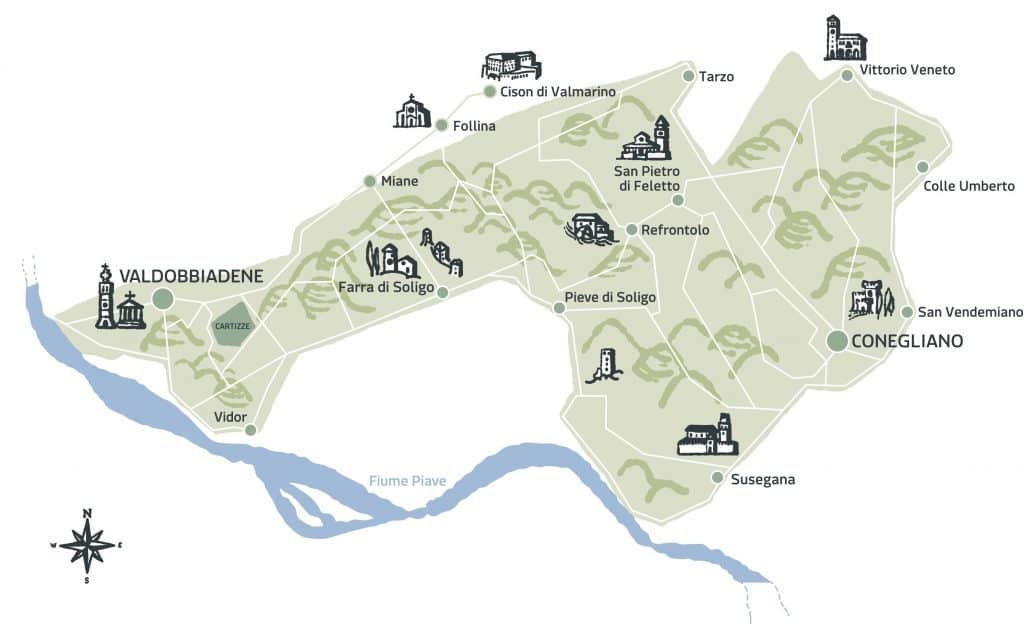 In order to always adapt to a very competitive market, the omnipresence of Prosecco Superiore DOCG has once again surprised us with a new style, the pumante « sui lieviti » (on the lees). This is the traditional so-called « col fondo » prosecco (with sediments) but in full sparkling version.

This type of artisanal prosecco is made using an old winemaking method which means that each bottle is slightly different from the others, due to the evolution of the yeasts. More and more sought after, this name of Brut Nature attracts aficionados of this kind of lively sparkling wine, slightly cloudy with very fine bubbles and sustained notes of crusty bread that comes from yeasts.

A greener and environmentally friendly approach

In order to demonstrate its ability to adapt to consumer needs, the Prosecco Superiore DOCG winegrowers decided in January 2019 to ban the use of glyphosate, even though Italian and European regulations still allow it to be used.

And since 2016, the S.Q.N.P.I. guarantees that the producer has made every effort to use equipment that minimizes their impact on the environment and has done everything to ensure minimal use in vineyards of synthetic chemicals. 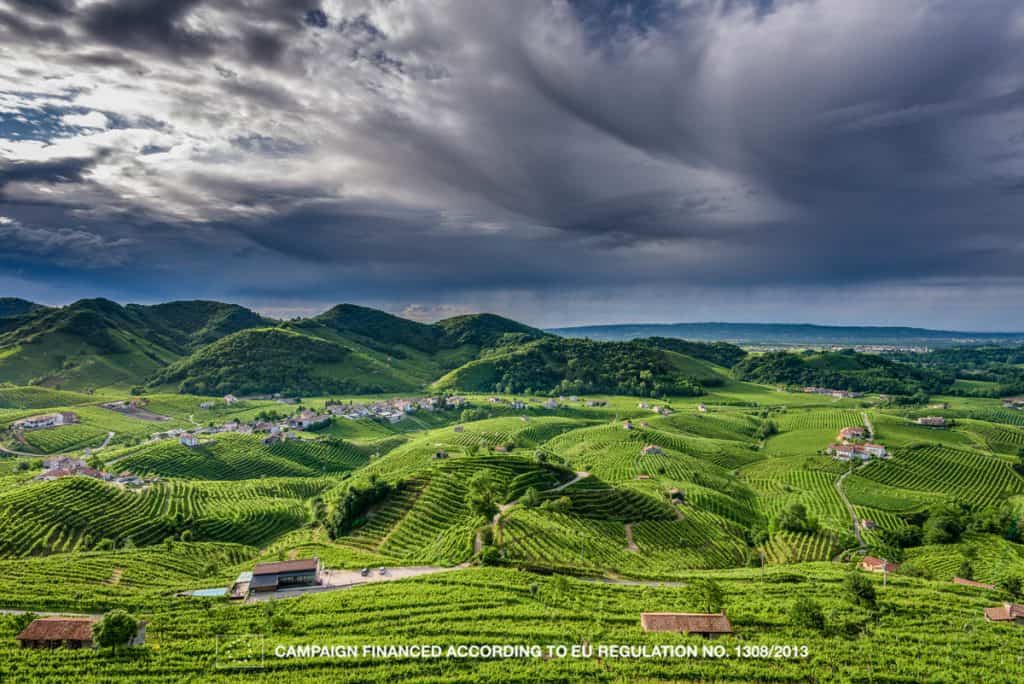 A region to discover on the Anello of Prosecco

For wine tourism lovers, the Wine Route Association offers hiking routes such as the Anello del Prosecco (“Ring of Prosecco”), a nature walk that takes you through some of the renowned hilltop villages of the municipality of Valdobbiadene to immerse yourself in the wine and gastronomic traditions and culture of this region. Definitely a travel goal for 2022.