Looking for the Best Prosecco

Two things to clarify at first: Prosecco does not mean sparkling and no, it is not the name of the main grape variety (which is actually the Glera). Then, if you are looking for the crème de la crème among the ocean of Prosecco found on our market, be aware that you need to look for the prestigious denomination of controlled origin and guaranteed (DOCG) Valdobbiadene Prosecco Superiore Conegliano .

This appellation can be found in the « thigh » of Italy in the North-East where sits Veneto and extends over an area of ​​hills located 50 km from Venice and 100 km of the Dolomites. This is where the grape Glera nested in this ideal environment of these hills a long time ago.

The landscapes and the terroir of these majestic hills were recognized this year by UNESCO as one of World Heritage sites. An award that actually highlights the impressive work of the winemakers who harvest their grapes for over 200 years.

This is impressive because working in the vineyard is particularly demanding. Just look at these grape pickers who work hard, braving the rather steep vineyards, especially in so-called Heroic Vineyards where they produce the best wines on the “Rive di” label  with the name of the village of origin. 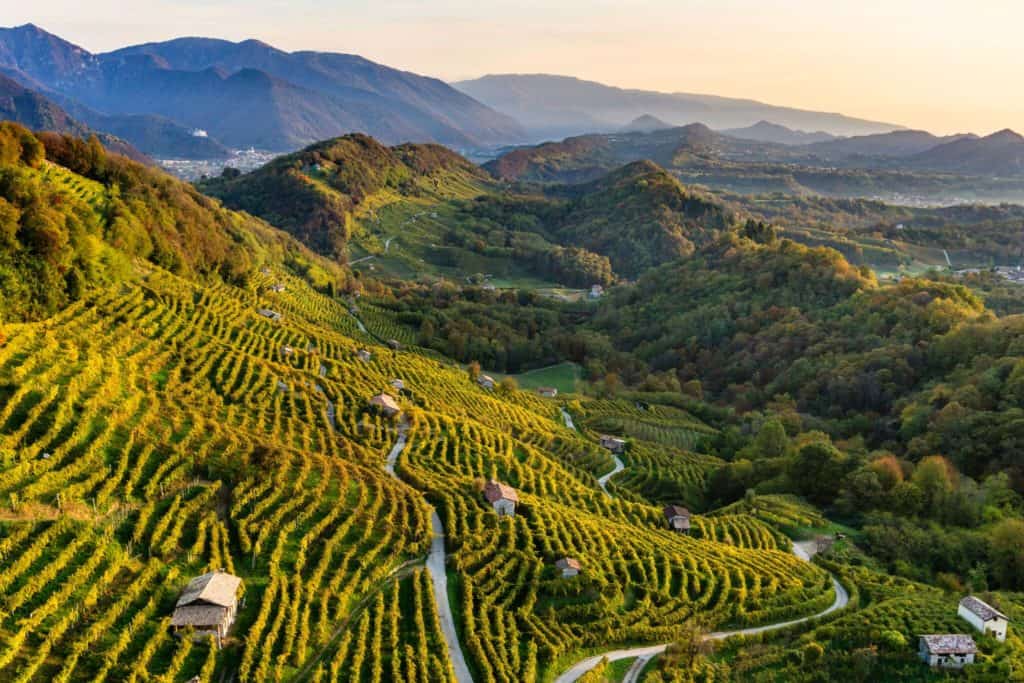 In order to navigate easily among the various Prosecco categories, simply refer to the quality pyramid where Conegliano Valdobbiadene Prosecco or Superiore DOCG sits on top like the master of the summit.

This is where you discover that 15 “communes” produce the famous DOCG, that there are 43 DOCG Rive and of course the famous sub-zone of ​​Valdobbiadene Superiore di Cartizze DOCG, which, with its 108 hectares, is currently filling a maximum of one million bottles per year.

This sparkling wine is produced by the Italian method sparkling wines, which guarantees a second fermentation in closed tank (with pressurized autoclaves) in order to highlight the typical aromas of Glera, the overwhelming majority grape in Prosecco Superiore DOCG Conegliano Valdobbiadene. Producers can however add a maximum of 15% Pinot, Chardonnay or local varieties like Verdiso, Bianchetta and Perera. 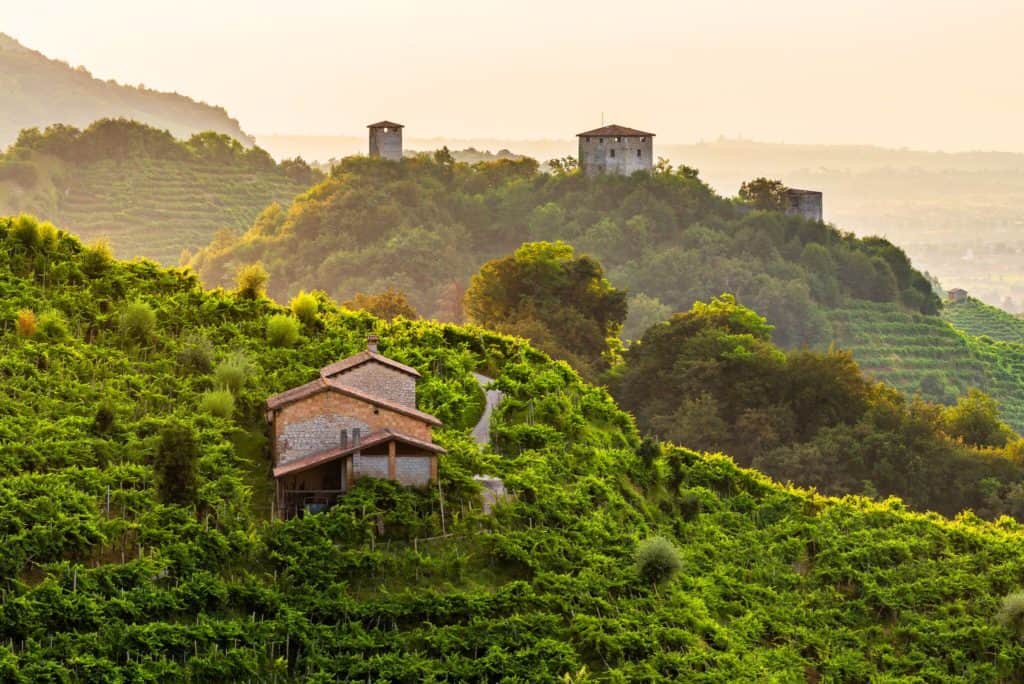 The terraces of vineyards of DOCG Conegliano Valdobbiadene

This infamous herbicide known worldwide as the Round-up has indeed been banned this year on the whole territory of the name Prosecco Superiore DOCG, becoming de facto the largest wine region in Europe to have prohibited the use of this product that destroys not only weeds but also insects that can play an important role in pollination. In short, another argument in favor of these sparkling wines of Conegliano Valdobbiadene Prosecco DOCG Superiore. 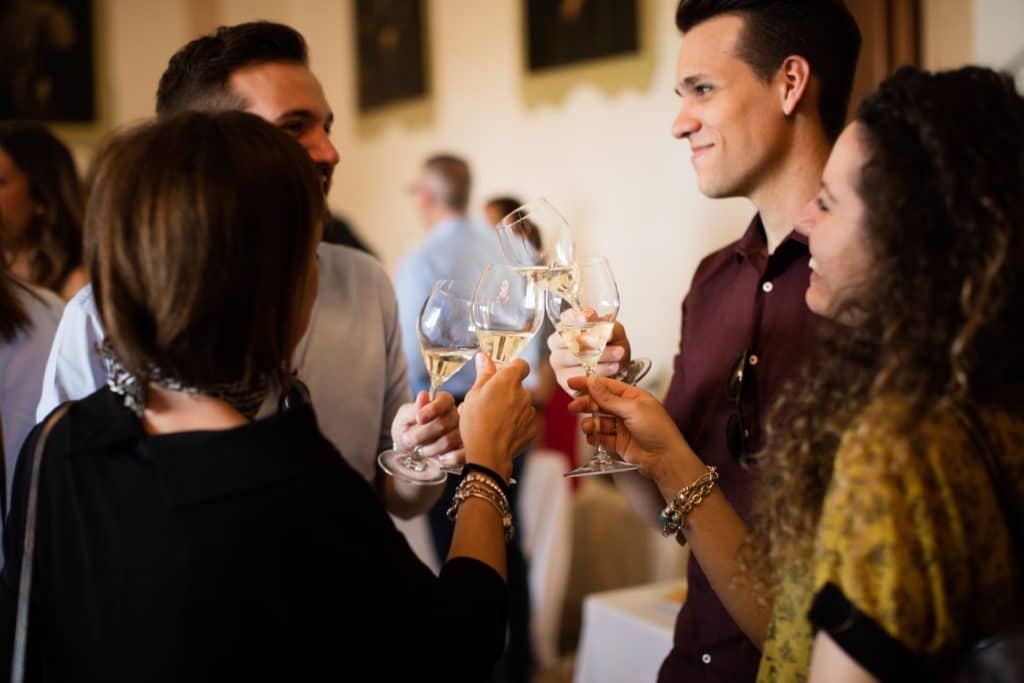 At the forefront of gastronomy

With its fruity and floral scents that gives pleasant sensations on the palate, Prosecco Superiore offers a lively elegance and delicacy in the glass. And while it may well be the king of the aperitif, thanks to its versatility and the fact that recently two new categories have been added to the appellation, its consumption throughout the meal begins to make its long way in gastronomy. Thus, two new types, Sui Lieviti (refermentation with lees in the bottle) and Extra Brut (with a residual sugar between 0 and 6 grams per liter) will emerge from 2019 vintage.

For all products available at the SAQ in the category Conegliano Valdobbiadene Prosecco Superiore DOCG, it’s here.